We never think about as adults the impact that experiences in our childhood could have on who we become but they are absolutely informative as to how we grow up and problem solve or take care of ourselves or think about things - these adverse childhood experiences are really powerful and to not be aware of them is not okay. Number Story is a non-profit resource network of Adverse Childhood Experiences (or ACEs). They are committed to raising awareness of ACEs as well as helping communities to prevent and address the effects of ACEs and childhood toxic stress.

Their 'Don't Judge A Book By Its Number' was a free community onsite event in Compton, California. It was a family fun event with a block party vibe full of unique activities, sponsored activations, book stalls, celebrity appearances and book-signings. The event and layout was curated around the 7 Healing Strategies for ACES.

The Happily on-demand service from our Experiential Team was activated to assist in the general production of the event, including the layout design, the installation process and the aesthetic design. A Happily on-demand Producer assisted in coordinating the final layout and design of the event, seeing the project through from design to installation, and from the day-of to the deinstallation.

The design inspiration of 'Don't Judge A Book By Its Number' was described as a ‘farmer's market block party version of Disneyland’, acting as a welcoming space that balanced community, magic and creativity. The layout was also guided by the theme of the event, which were the 7 healing strategies to address ACEs, and each of the exhibitors and vendors fell under one of the following categories: healthy relationships; mindfulness; mental health; nutrition, nature, movement; and sleep. Each of these were given a color, and decorated with flowing ribbons hanging from the stalls in the corresponding color; eg. mindfulness was pink. This created clear zones, giving order and emphasis to the educational focus of the event.

The Happily on-demand team also oversaw the complete installation and deinstallation of all the physical elements of the event. This included the vendor stalls, stage area, signage, audio equipment, color zones, banners, canopies and the coordination of other elements such as a food truck and a vaccination centre. During the event, the Happily Producer worked in partnership with other leadership teams to ensure all requirements on the production schedule were met.

Some of the highlights from the day and the event’s program included: 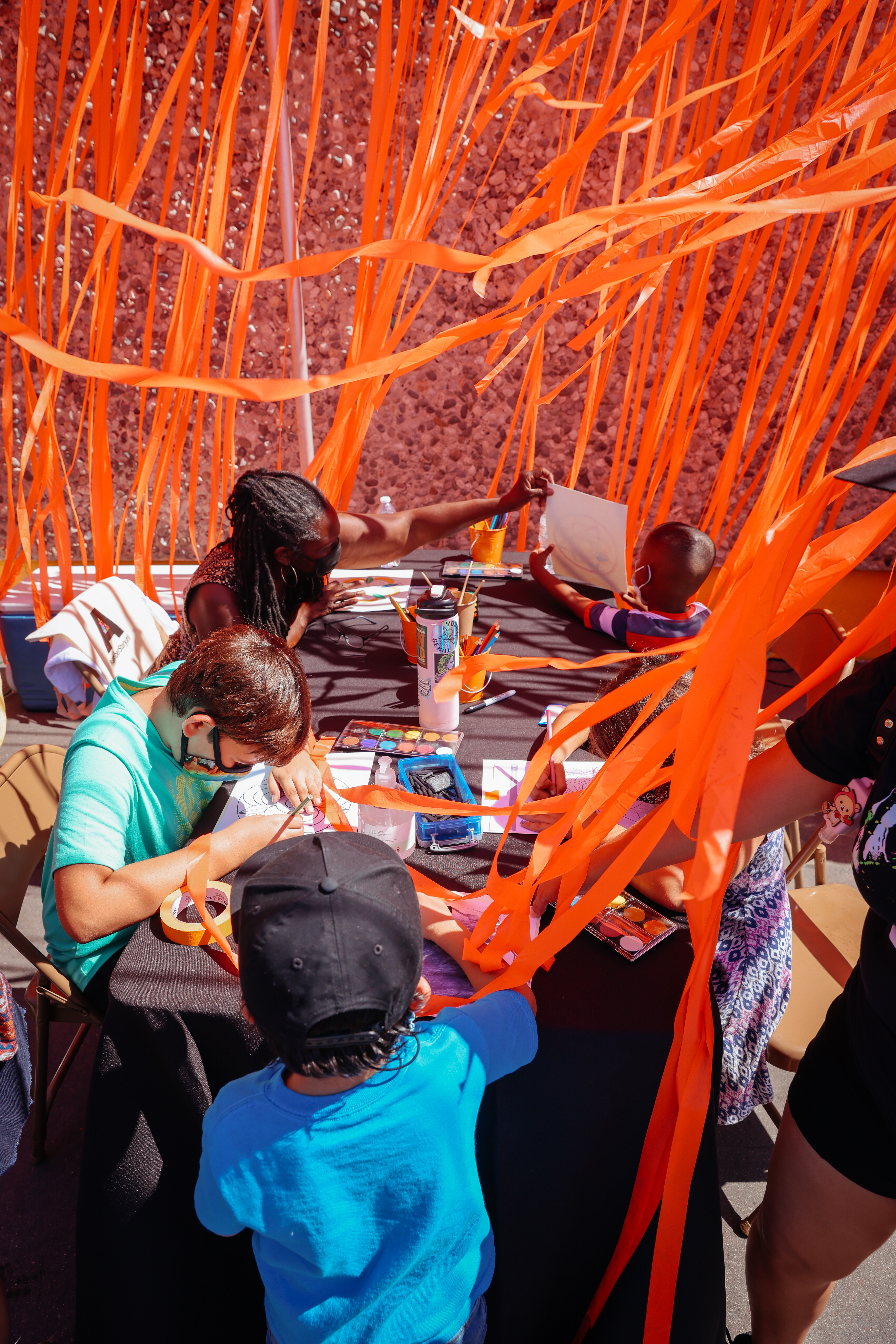