19 Theaters, Auditoriums & Amphitheaters in LA to Host an Event 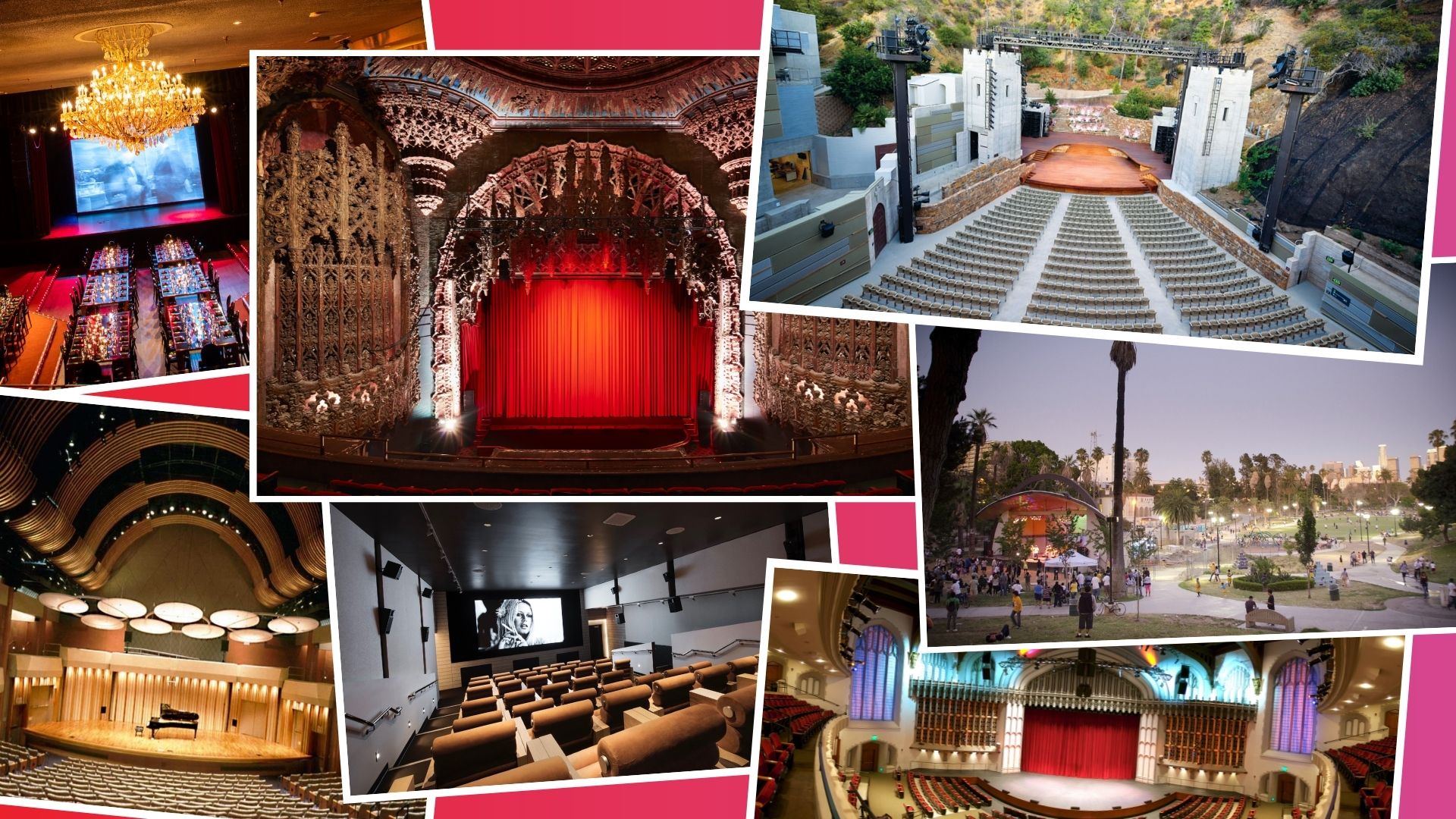 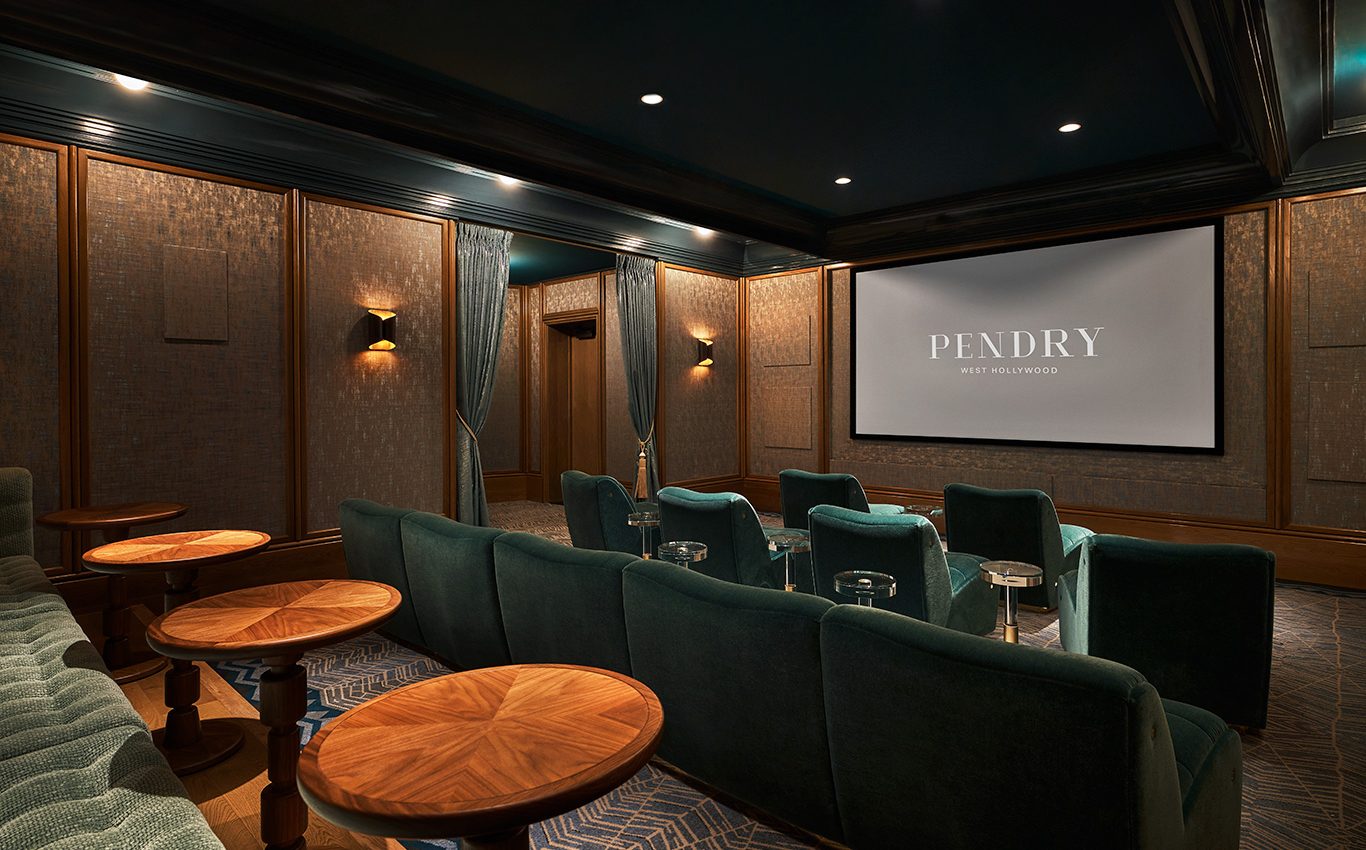 2. The Screening Room at The Four Seasons

The Screening Room at Four Seasons Hotel Los Angeles at Beverly Hills is a bright and versatile space with leather recliner chairs and a private outdoor-reception patio. 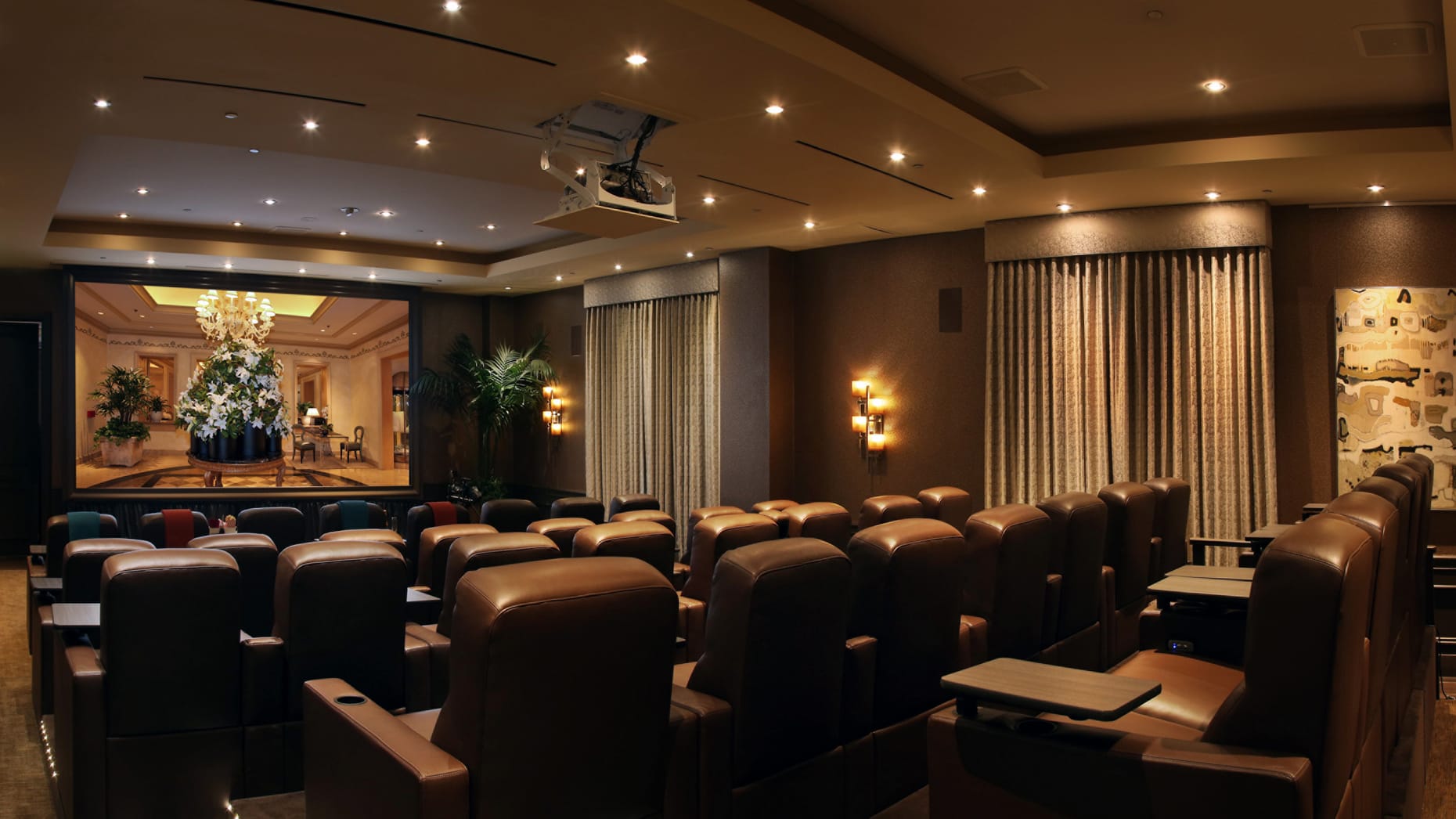 3. The Screening Room at NeueHouse Hollywood

The Screening Room at NeueHouse Hollywood is a sleek digital cinema with custom designed seating. It is equipped with its own cocktail bar and an adjoining Green Room.

The NeueHouse in Hollywood is a diverse set of spaces built intentionally for events, broadcasting and content creation. This overall style is organic, and industrial chic, with modern touches of old Hollywood charm. The deco pays tribute to its rich Hollywood history as the former a studio stage for Lucille Ball, Orson Welles and Jack Benny.

4. The Ahmanson Auditorium at MOCA

The Ahmanson Auditorium at the Museum of Contemporary Art in Downtown is a sophisticated and private space. It is a classic symposium design with stadium-style seating, a stage, and complete audio/visual capabilities. 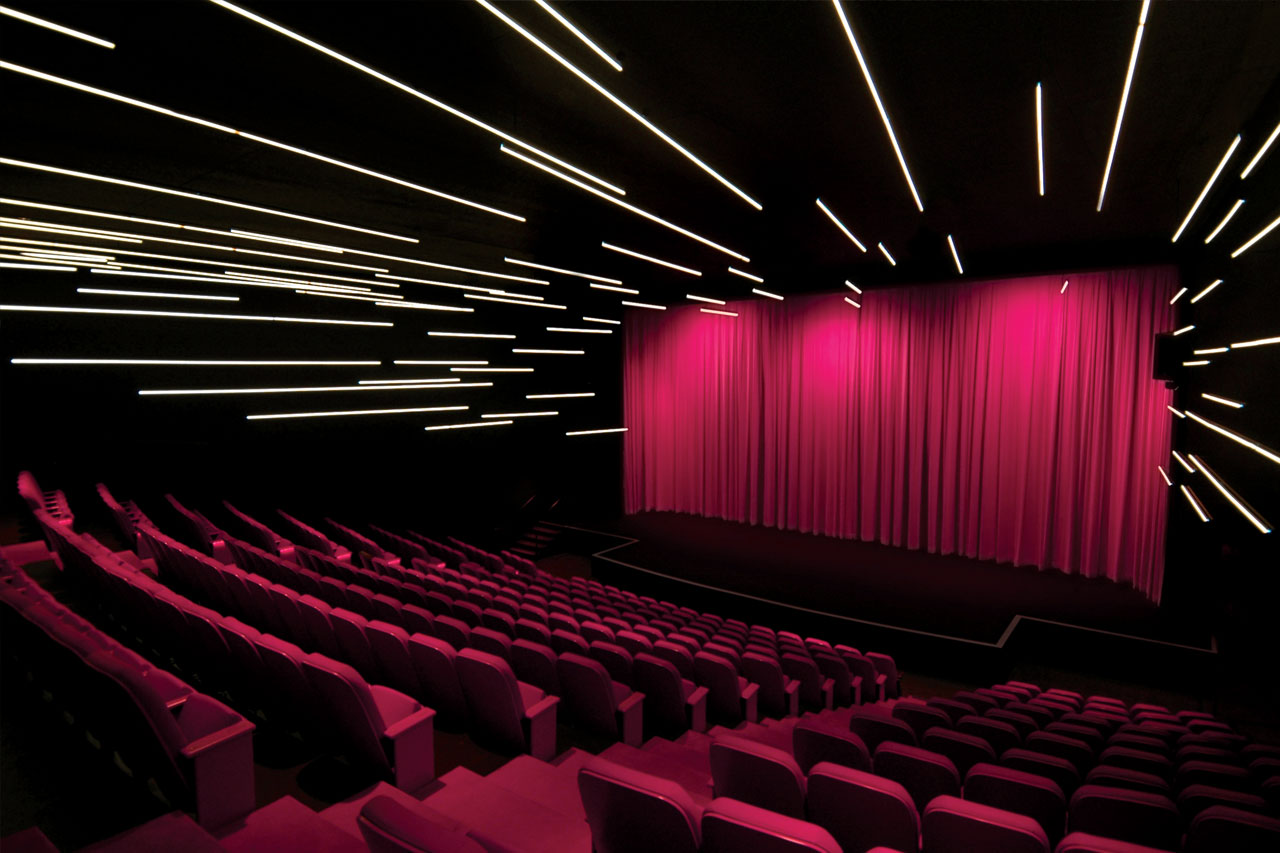 The Will Geer Theatricum Botanicum is a renaissance, Shakespearean-esque outdoor amphitheater nestled in Sylvia Park. Founded by actor, musician, and social activist Will Geer in 1973, ‘Theatricum Botanicum’ roughly translates to ‘The Botanical Theatre’ or ‘Theatre of Plants’

Their mission is to offer a diversity of programming from Shakespeare to poetry to folk music to the development of future playwrights. Will Geer’s Theatricum Botanicum is a 501 (c)(3) non-profit organization. 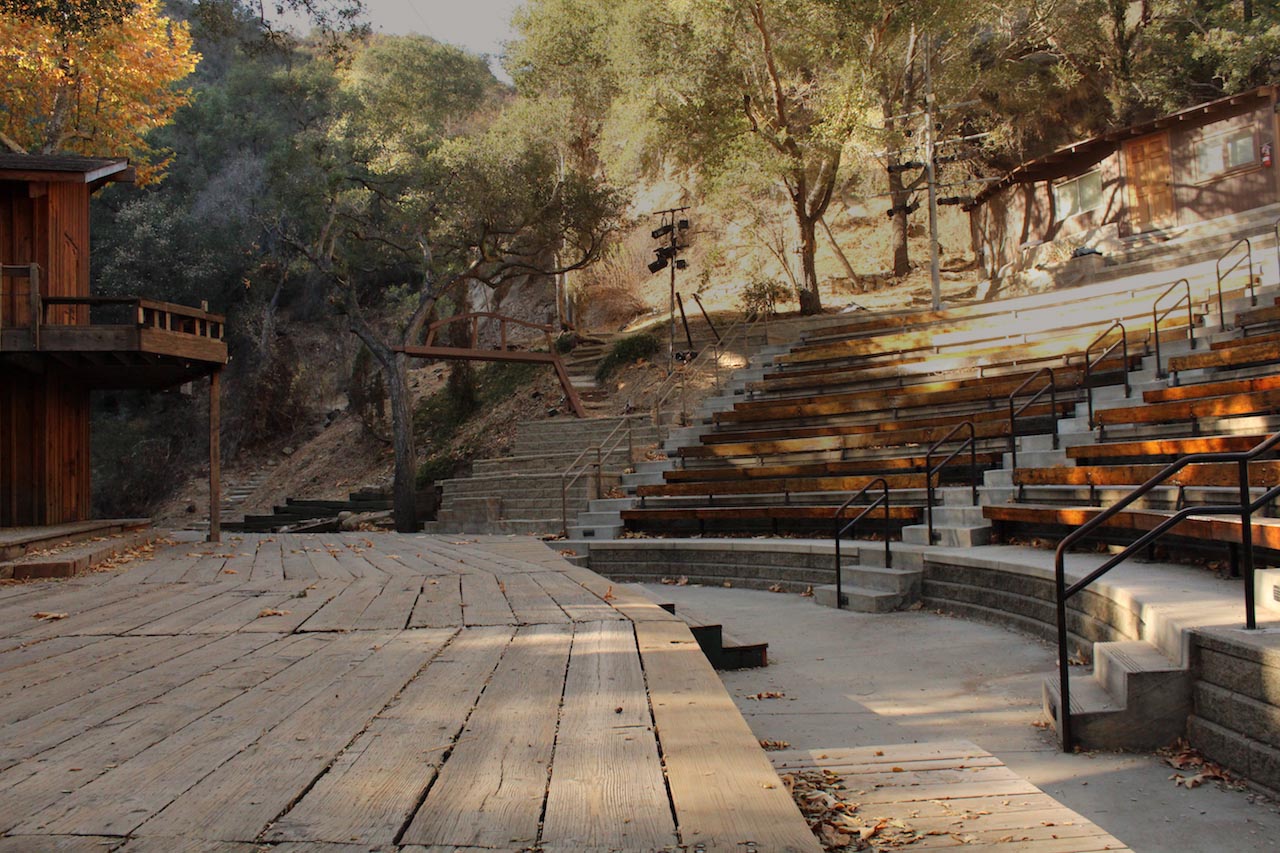 Located in the Santa Monica Mountains, the Magnin Auditorium at Skirball Cultural Center is a bright, and modern space with theater-style seating and a nearby green room. 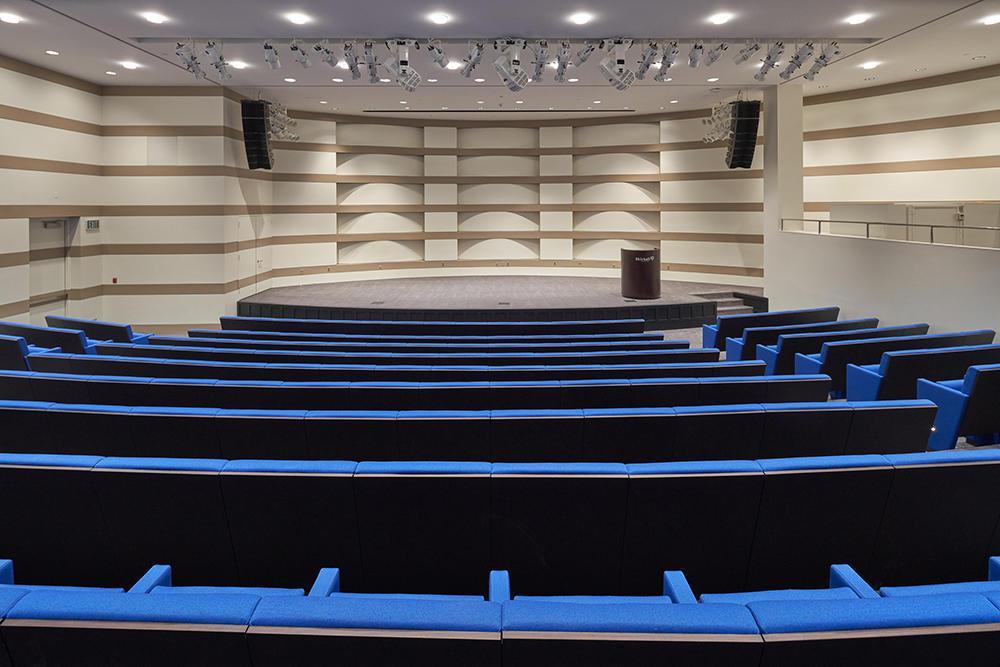 The Fonda Theatre is a historic gem in Hollywood. It’s history throughout the 1920's through to the 1940's is celebrated as part of the character of the design with classic ‘speakeasy’ vibes. The building has exclusive three bar areas, as well as a rooftop lounge.

The Zipper Concert Hall is elegant, classical, and intimate. It is located on the campus of the Colburn School, a private music academy, right between the Walt Disney Concert Hall and the MOCA in Downtown. 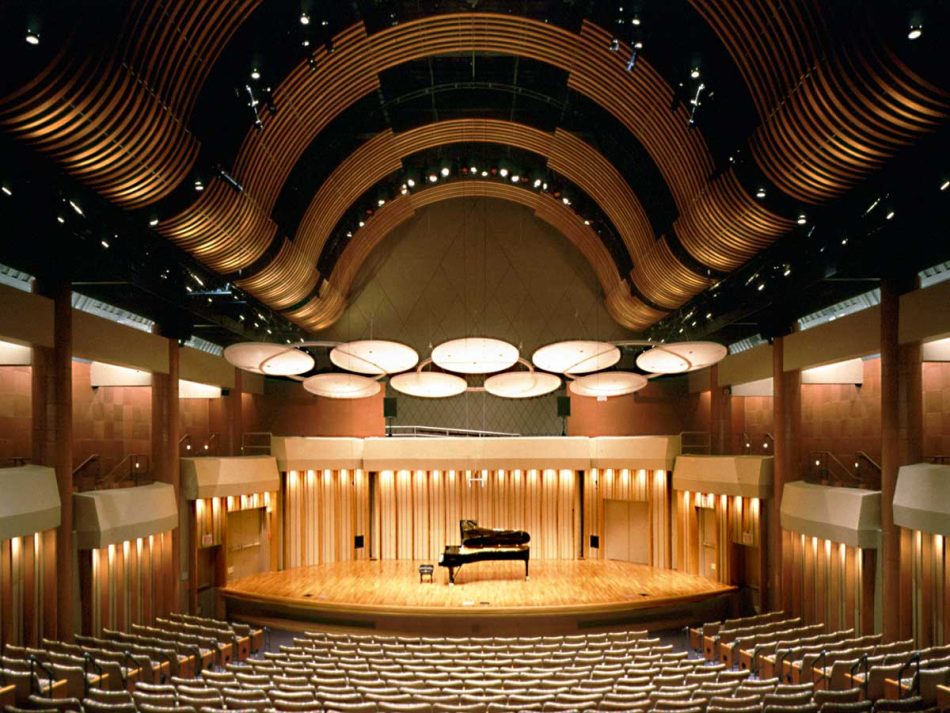 The Globe Theatre in Downtown Los Angeles was built in 1913 and is a beloved landmark of the city. The grandeur of its historic Beaux Arts architectural style is now complemented with state-of-the-art facilities and technology. 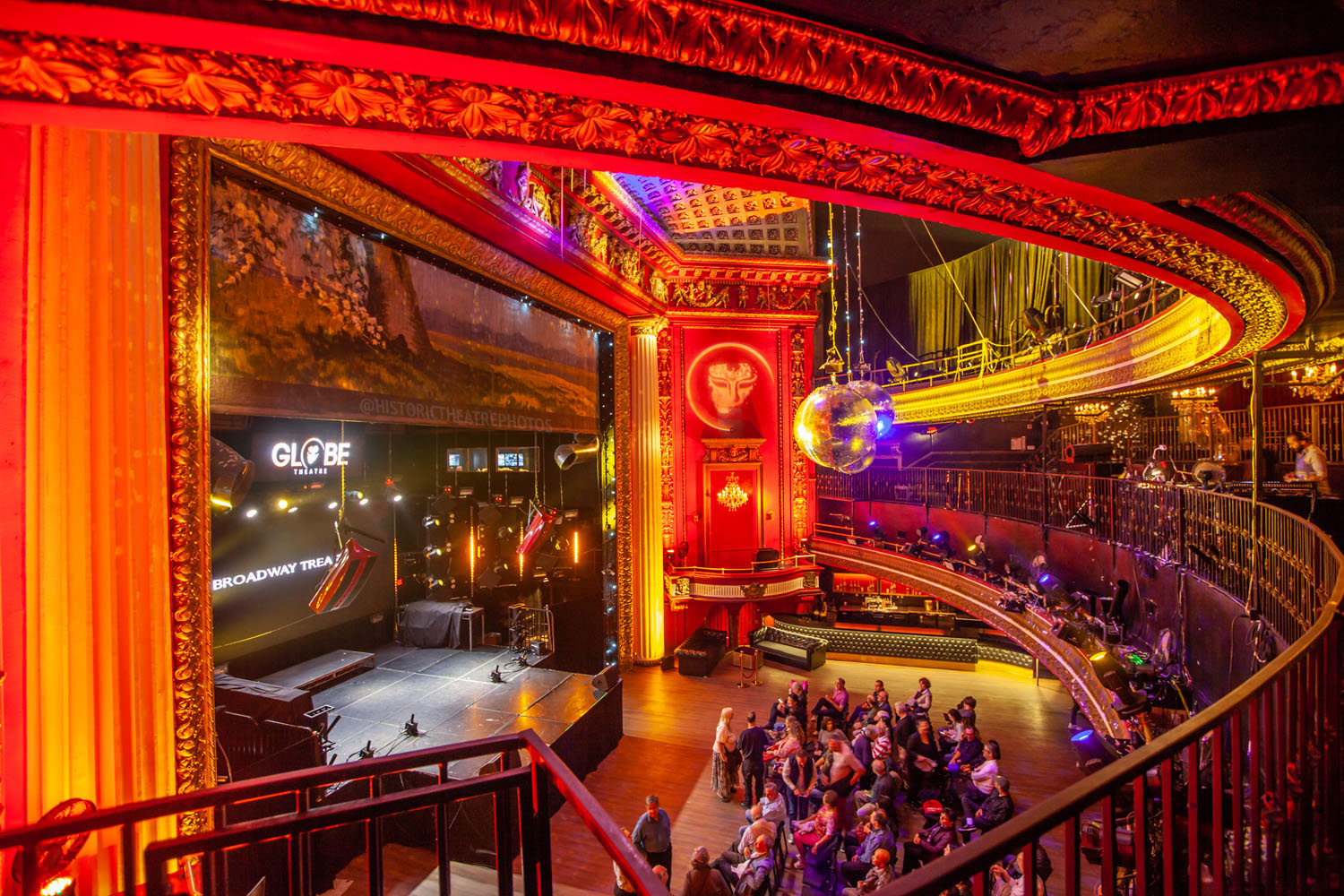 The Ford is an impressive open-air amphitheater nestled in the Hollywood Hills. It’s classical design and the beauty of the surrounding landscape, makes it a unique and special location. Despite the grandeur of The Ford, it also has a sense of intimacy with every attendee being at least only 96 feet from the stage. 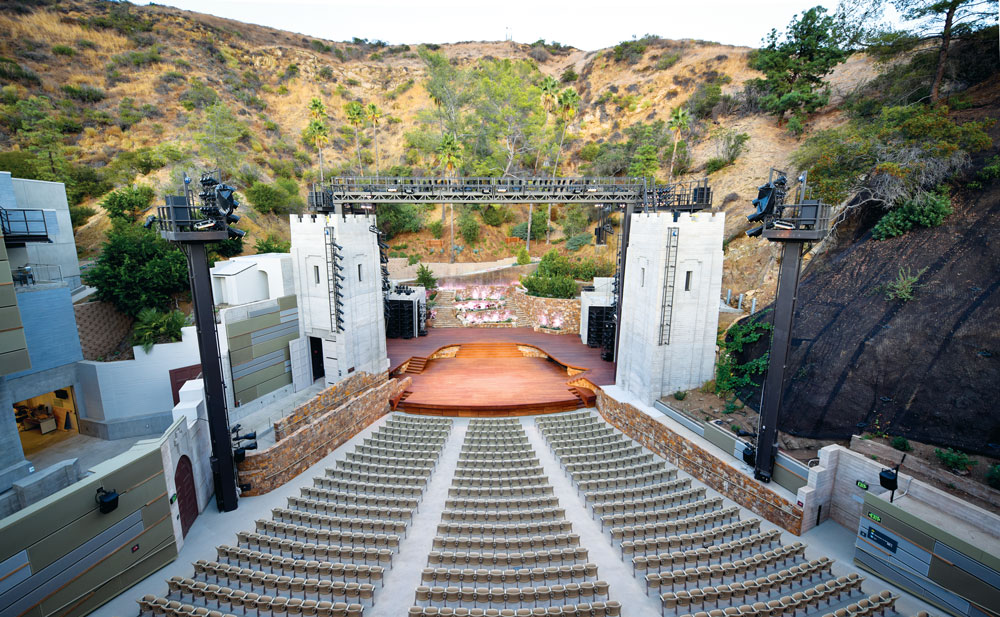 The Bovard Auditorium is located on campus at the University of Southern California. It has a grand Cathedral-like style, with stained glass windows, imperial archways, and classic scarlet red cinema seating.

The Theater at ACE Hotel is a truly unique and historic movie palace. It was originally built in the 1920s and has been delicately restored and retrofitted with professional digital projection systems and cinema sound.

The ACE Hotel in historic Downtown Los Angeles is wonderfully eclectic and glamorously raw in style. The Theater has an impressive three-story lobby that is sure to make for a grand entrance and a memorable opening reception. 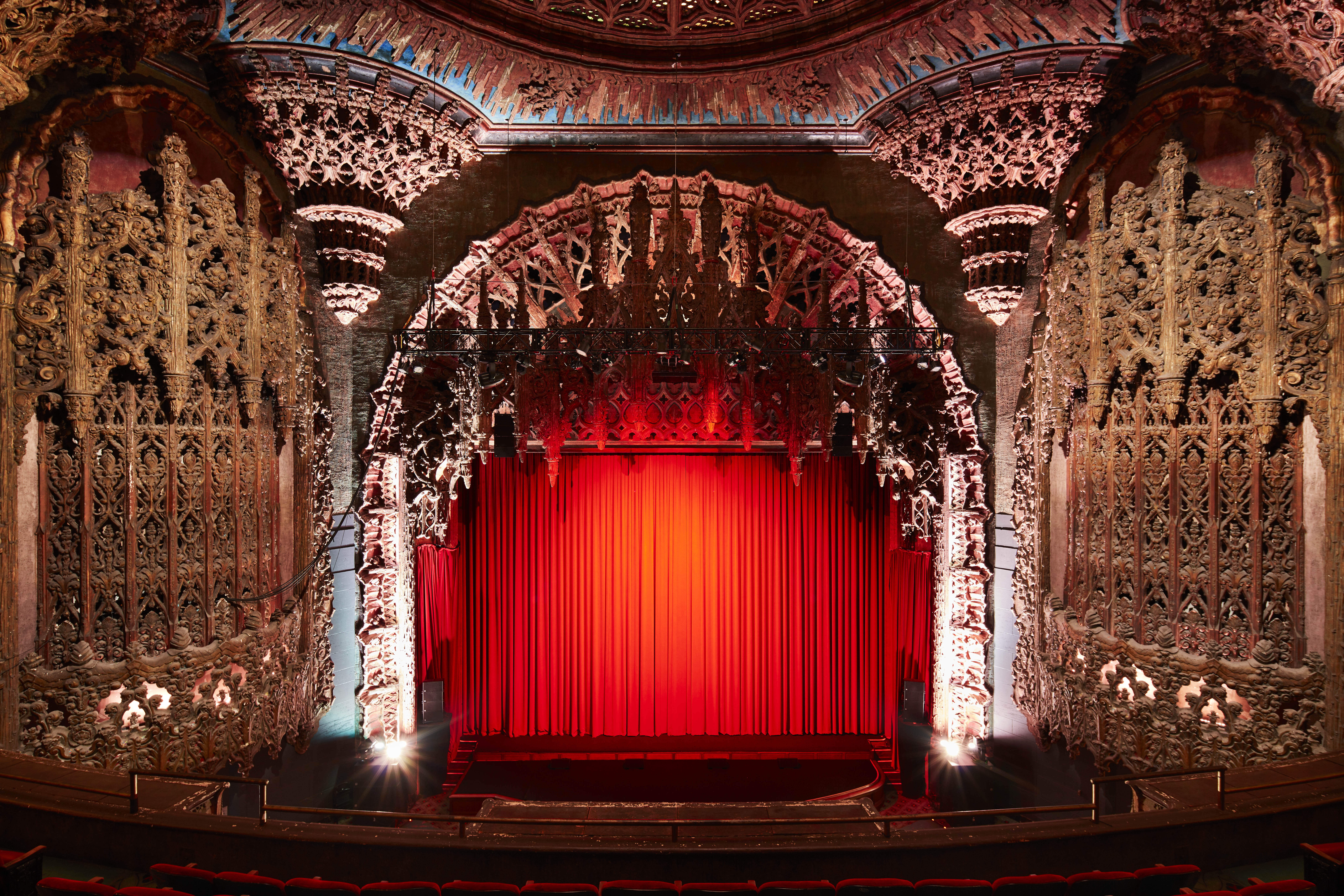 Located within Griffith Park, the historic Greek Theatre is an open-air amphitheater owned by the City of Los Angeles and managed, operated and booked by SMG. It is one of LA’s more cherished public sites.

The Shrine Auditorium is a landmark venue and a designated Los Angeles Historic-Cultural Monument. Located right by the University of Southern California, it was built in the 1920s in a Moorish Revival Style. Nowadays the historic charm of the architecture is balanced with modern technology and functionality. It is considered the biggest proscenium stage in North America, and has an orchestra pit, as well as four opera boxes. 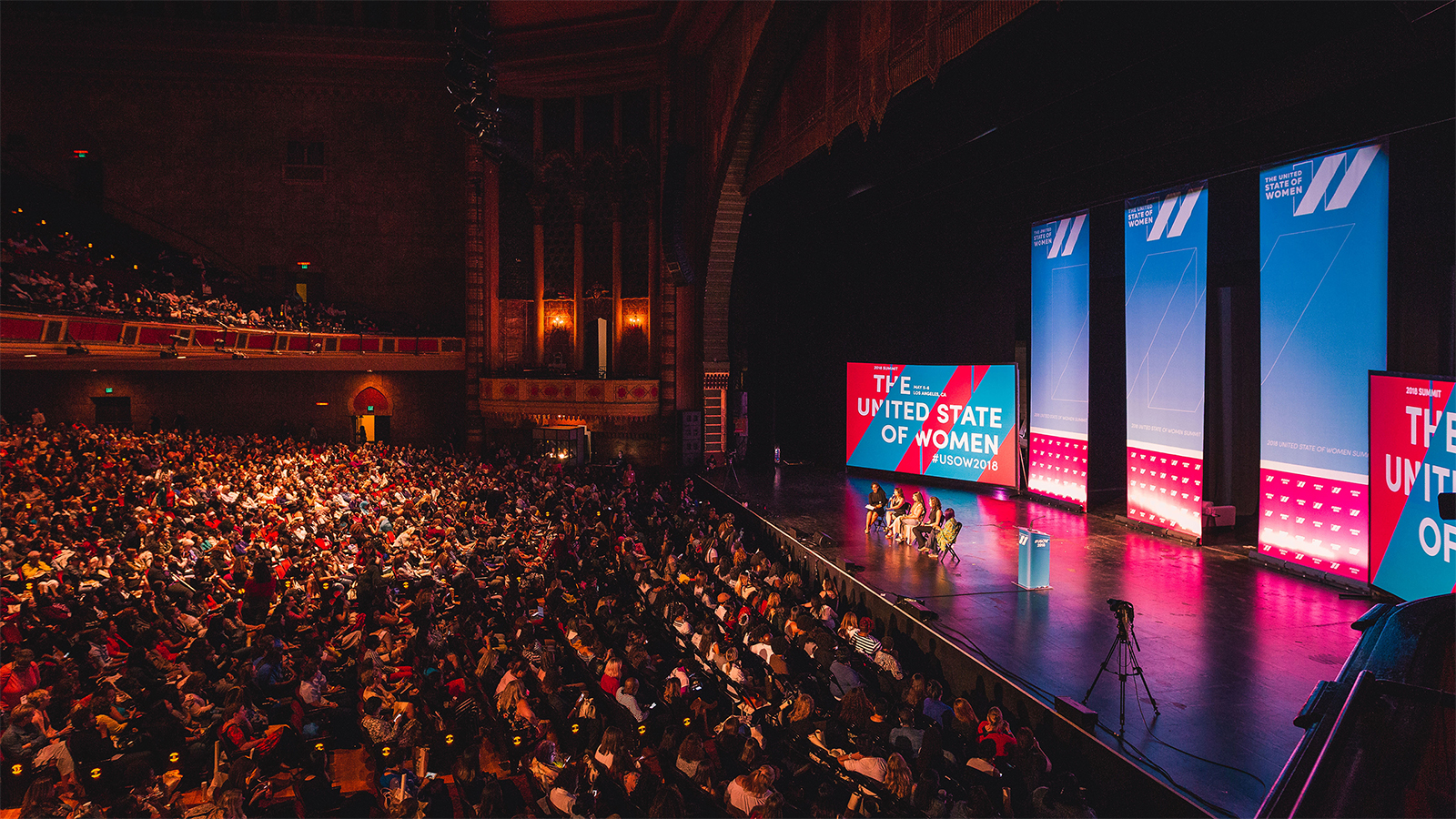 The Levitt Pavilion Los Angeles is a public open-air amphitheater of a classic 1950s bandshell design. It is located in MacArthur Park in a dense neighborhood largely consisting of Mexican, Central American and Indigenous Latin American communities. They describe themselves as the “only fully bilingual outdoor music venue in the city”. 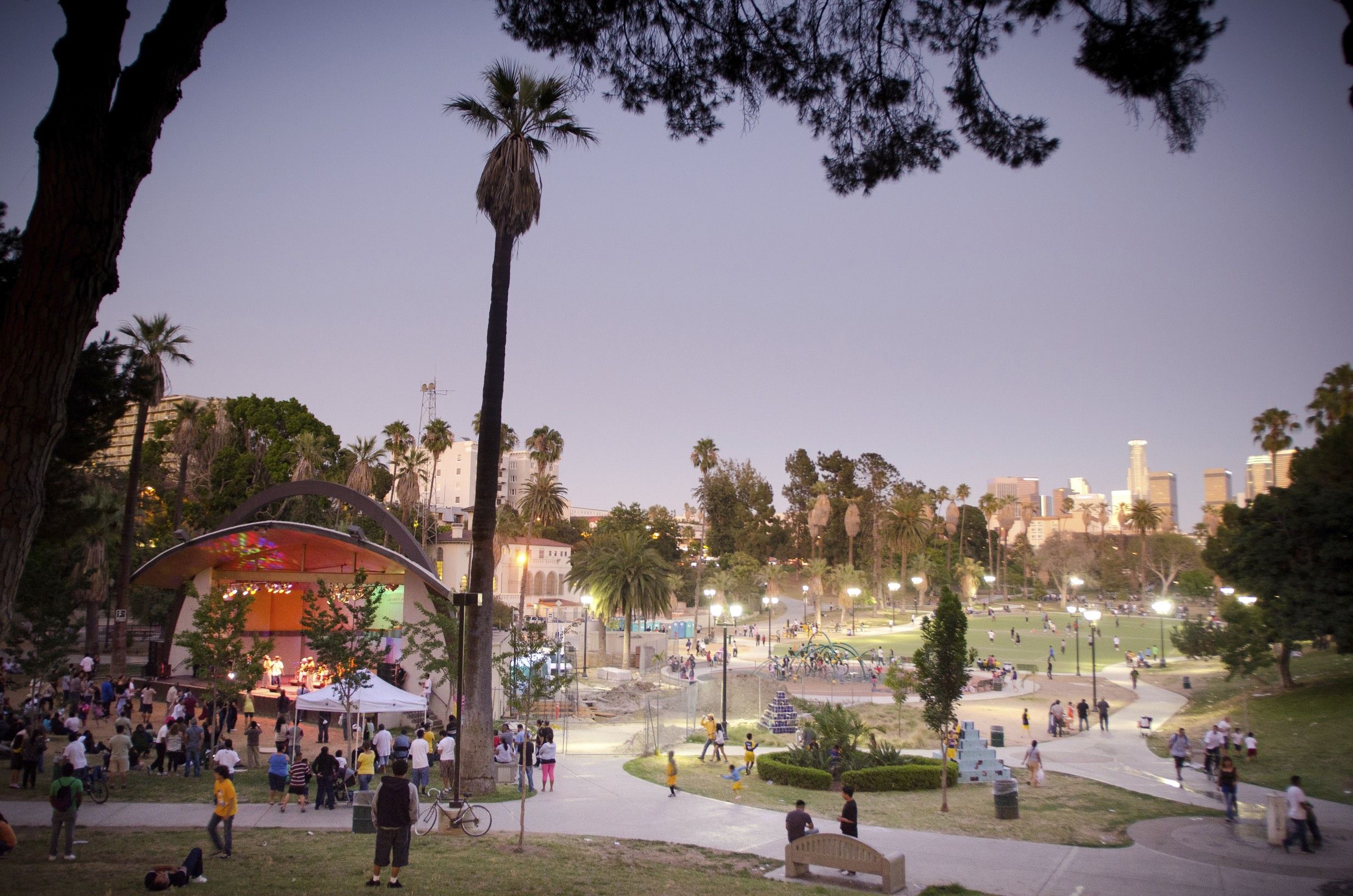 18. The Microsoft Theater at LA Live

The Microsoft Theater is a well-known space in LA, having hosted the American Music Awards, Primetime Emmy Awards, ESPYS and the BET Awards. Located in South Park, it has a two-story VIP lounge with a private entrance as well as an extensive outdoor balcony.

The seating area can accommodate up to 7,100 people, however it can be reduced to 5,700 or 4,300 seats, utilizing in-house reduction curtains.

Since its opening in 1922, the Hollywood Bowl has been an LA icon. Located in the Hollywood Hills, this open-air amphitheater is a premier event location. 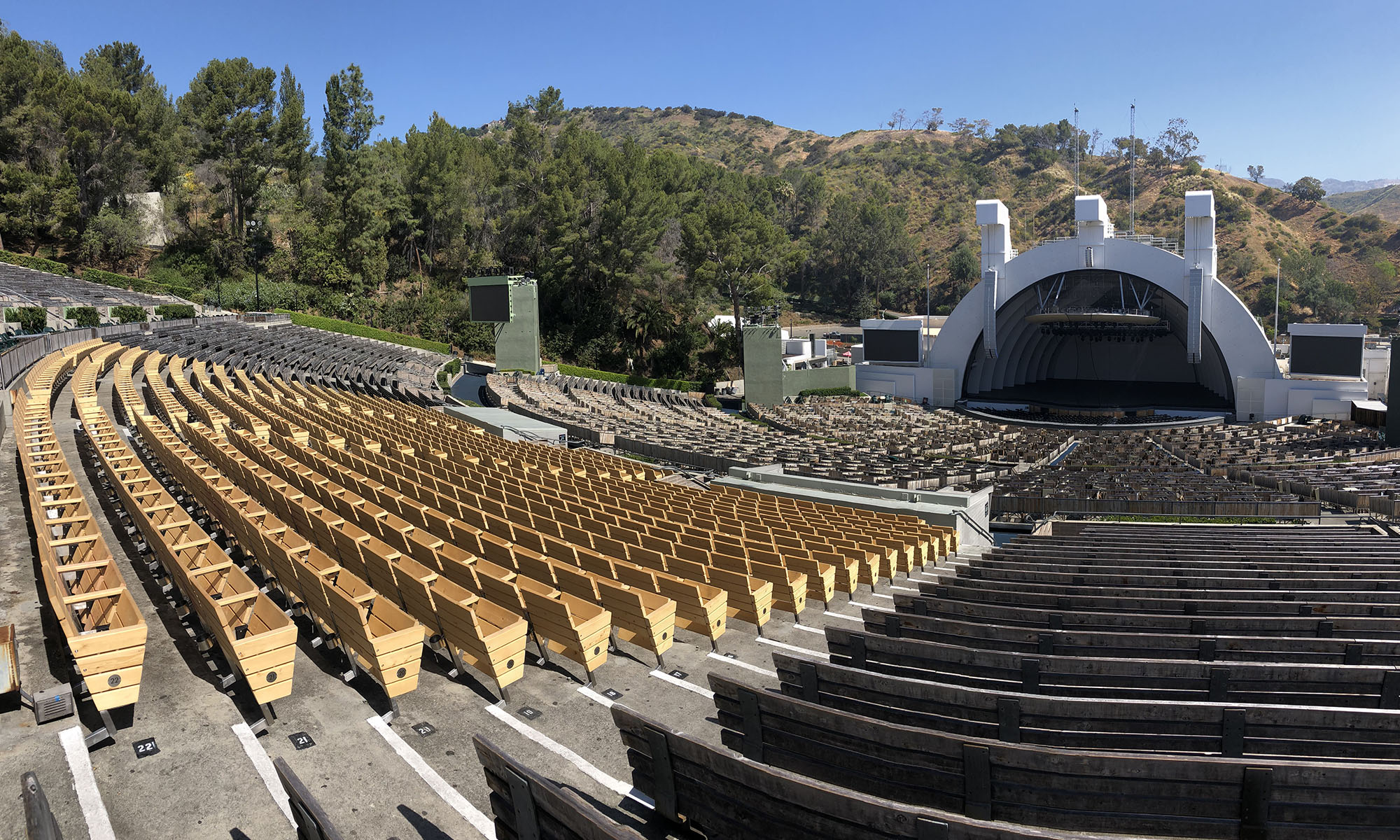