This was a really well done survey and people need to pay attention to it. 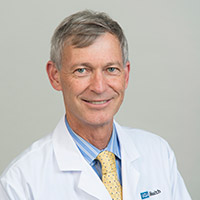 The African American Research Collaborative is a diverse group of pollsters, scholars, researchers, and commentators with expertise in polling, African American polling behavior, and everyday issues, such as housing, policing, civil rights, and social justice.

The purpose of the virtual event was to present the findings of the American COVID-19 Vaccine Poll to reporters from various media outlets. The American COVID-19 Vaccine Poll is a partnership between the African American Research Collaborative and The Commonwealth Fund. They surveyed over 12,000 Americans to better understand their access to and opinions about the vaccines, as well as messages and messengers that encourage different groups to get vaccinated.

The webinar was to include a robust presentation deck of the findings, an opportunity for each of the 8 experts and community leaders to comment on the findings, and a panel discussion with all the speakers open to Q&As from reporters.

From the Happily Leadership Team, a Producer was brought on board to build a run of show (which is a detailed schedule of the broadcast) and to provide general leadership of the broadcast team, as well as schedule and lead team meetings between the AARC and Happily teams. On the day of the event, the Producer acted as Show Caller to give cues during all tech rehearsals and the live broadcast.

A Broadcast Receptionist, acted as an assistant to the Backstage Manager, greeting speakers as they entered the designated greenroom link on Zoom, and guiding them in the time leading up to their introduction to the live broadcast. A Broadcast Streaming Engineer dealt with all the tech side of the broadcast, managing the streaming itself, integrating into the broadcast all design elements, brand wrappers, speaker names / title, and the amount of speakers shown on the screen as described in the run of show. A Broadcast Clock used software to display a rundown timer to the guest speakers, as well as an overall timer for length of show for those backstage to see. Using simple color-coded cards they also provide visual cues to the speakers indicating when to start speaking, how much time they had left, if they were live ect.

From the Breakout Team a Breakout Lead and a Breakout Assistant were focused on supporting the webinar guests on the day of the event and facilitating the chat function for the Q&A session. A Happily Graphics Designer created custom static graphics aligned with the AARC’s brand book, including the wrap,vand overlays for the livestream.

The webinar was successful in providing a professionalized virtual platform for which the findings of the American COVID-19 Vaccine could be presented, discussed and shared with the press.

It also successfully allowed for a diverse group of experts from across the US to be present, represented and offer their perspective from the sum total of polled participant backgrounds. There was a robust Q&A session for the media outlets to conclude the webinar, with questions submitted via the chat and answered in an open panel-style layout.

Some highlights from the webinar: