This is the second year I am attending. I have met some amazing people and enjoyed the fellowship.

BEAM (Black Emotional and Mental Health Collective) is a national training, movement building, and grant-making institution dedicated to the healing, wellness, and liberation of Black communities. Their mission is to remove the barriers that Black people experience around accessibility to emotional health care, through education, training, advocacy, and the creative arts.

Black Healing Remixed: The Summit is an annual gathering that centers conversations about Black mental health for and by Black communities. The summit strives to switch shame to celebration, stigma to social justice and create a new chorus of connection rooted in radical love. The multi-day event features Black mental health leaders, BEAM team training workshops, panel discussions and dialogue with celebrity guests.

BEAM once again partnered with Happily for the full service production of Black Healing Remixed. This was the second year of the summit, with Happily also producing the first edition in 2021. The previous year had been completely virtual, however, the 2022 edition was to be a two-day hybrid summit, with virtual workshops on Day 1 and a live broadcast of an intimate in-person conversation on Day 2. Happily’s goal was to set the stages for BEAM to present the power, joy, and transformative mindset of their community.

This was a meaningful experience for me. As someone who is chronically ill and disabled, being able to attend via Zoom made the event accessible to me. It was really wonderful, and I would like to thank you so much! A beautiful and important event.

For this multi-day event, Team Happily was divided into specialists for the onsite stage and the virtual stages. Overseeing all the components of the production was an Executive Producer, who co-created the summit experience alongside the BEAM team - from the creative vision to the customize the microsite and the overall tech flow for a seamless hybrid production. A Happily Producer / Show Caller oversaw the summit management, including pre-production coordination, running rehearsals, working closely with all talent, client, and crew, as well as calling the show during each production, both virtually and onsite.

The first day of the summit was a virtual production, with a live broadcast and four breakout sessions for guests to participate in via Zoom. Two workshops occurred concurrently in the morning, while the other two ran in the afternoon. From the Happily Broadcast Team, a Broadcast Streaming Engineer sat in the hot seat and was the final stop before the recording went live online. A Broadcast Clock kept the show on time, interacting with talent to keep them to schedule and cueing up speakers for on-air. Two Breakout Streaming Engineers each focused on a virtual workshop session, along with Breakout Leads and Breakout Assistants to ensure that each session went smoothly and according to the ROS (Run of Show).

For the second day, the intimate onsite event was held in a lush garden space at Second Home Hollywood in Los Angeles. The space was transformed into an inviting and relaxed experience for the onsite guest speakers and attendees, while also accommodating the various high-quality tech required for the main stage panels to be professionally broadcasted to the virtual audience. Along with the Happily Producer / Show Caller, an Associate Producer was onsite to provide support as directed. An Onsite Production Manager coordinated the equipment load-in and made sure all the audio and visual components were set-up and tested before going live. A Talent Wrangler attended to the needs of the guest speakers, ensuring that they were happy and camera-ready.

For the Broadcast Team onsite, a Livestreaming Engineer ensured a smooth broadcast stream onto the microsite and a high-quality virtual experience for viewers. Happily partnered with Elevate Next, to provide audio visual tech and team that included a Technical Director, Gaffers, Key Grips and Audio Engineers. While Happily Camera Operators captured the main stage footage, as well as the onsite ASL interpreter for the broadcast.

Accessibility to Black Healing Remixed remained a priority for the BEAM team, as it was the previous year. By having virtual and hybrid elements, it ensured that regardless of location or ability, folks across the nation and the world could access this content and conversations. Live Captioners, thanks to Caption Pros, as well as ASL Interpreters were present on both days, for the virtual broadcast, all the breakout sessions, as well as the onsite broadcast.

From the Happily Web Team, a Web Designer and Web Developer crafted and built a custom microsite for the summit. It served as a hub and landing page with all the information required for the event. This included general details, ticket purchasing, the lineup of guest speakers, an interactive agenda, sponsorship features, as well as hosting the live broadcasts.

I felt a sense of relief meeting and training with people who look like me and face similar issues.

THE GUEST SPEAKERS WERE:

THE VIRTUAL WORKSHOPS WERE:

THE AMAZING SPONSORS FOR THIS EVENT WERE: 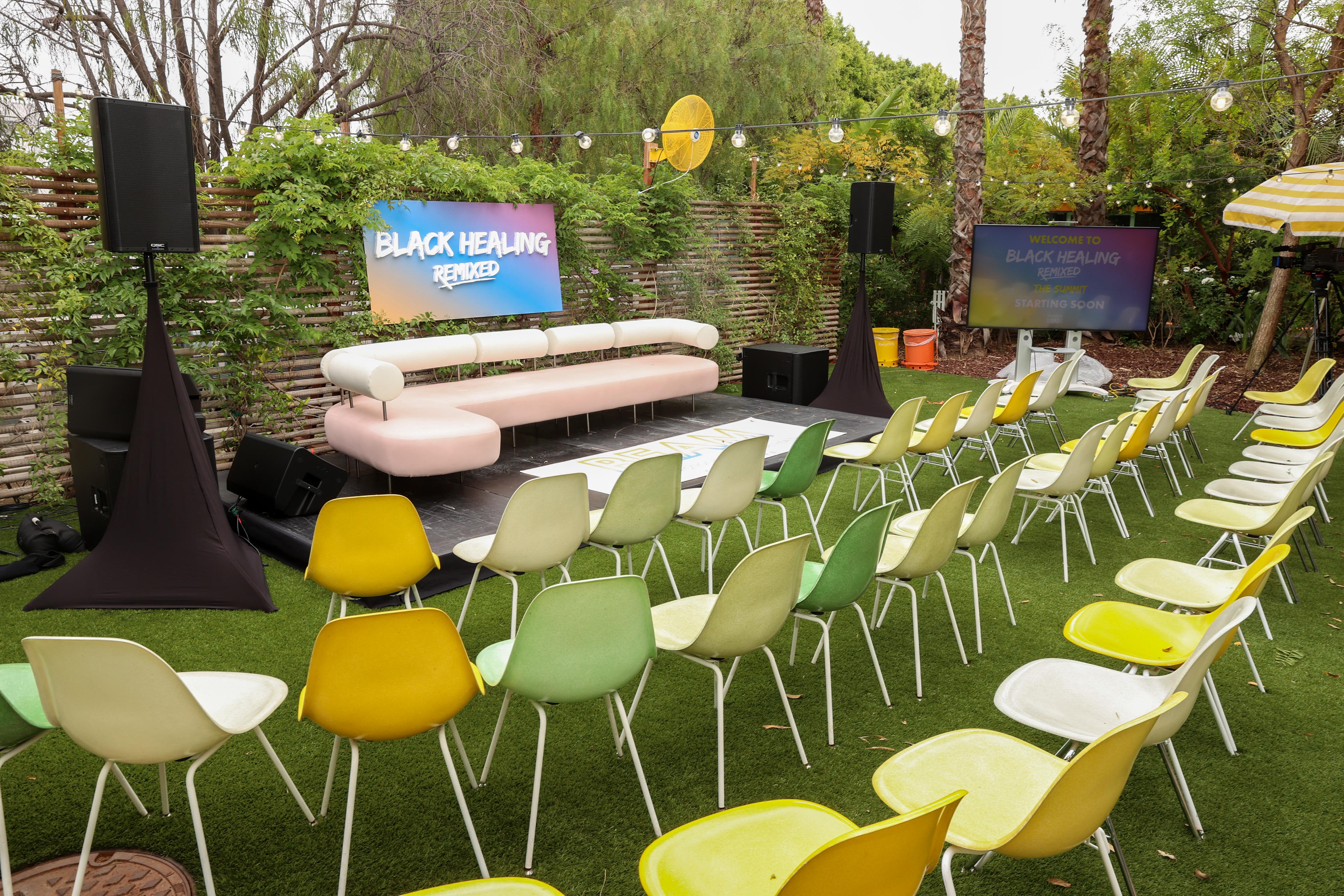 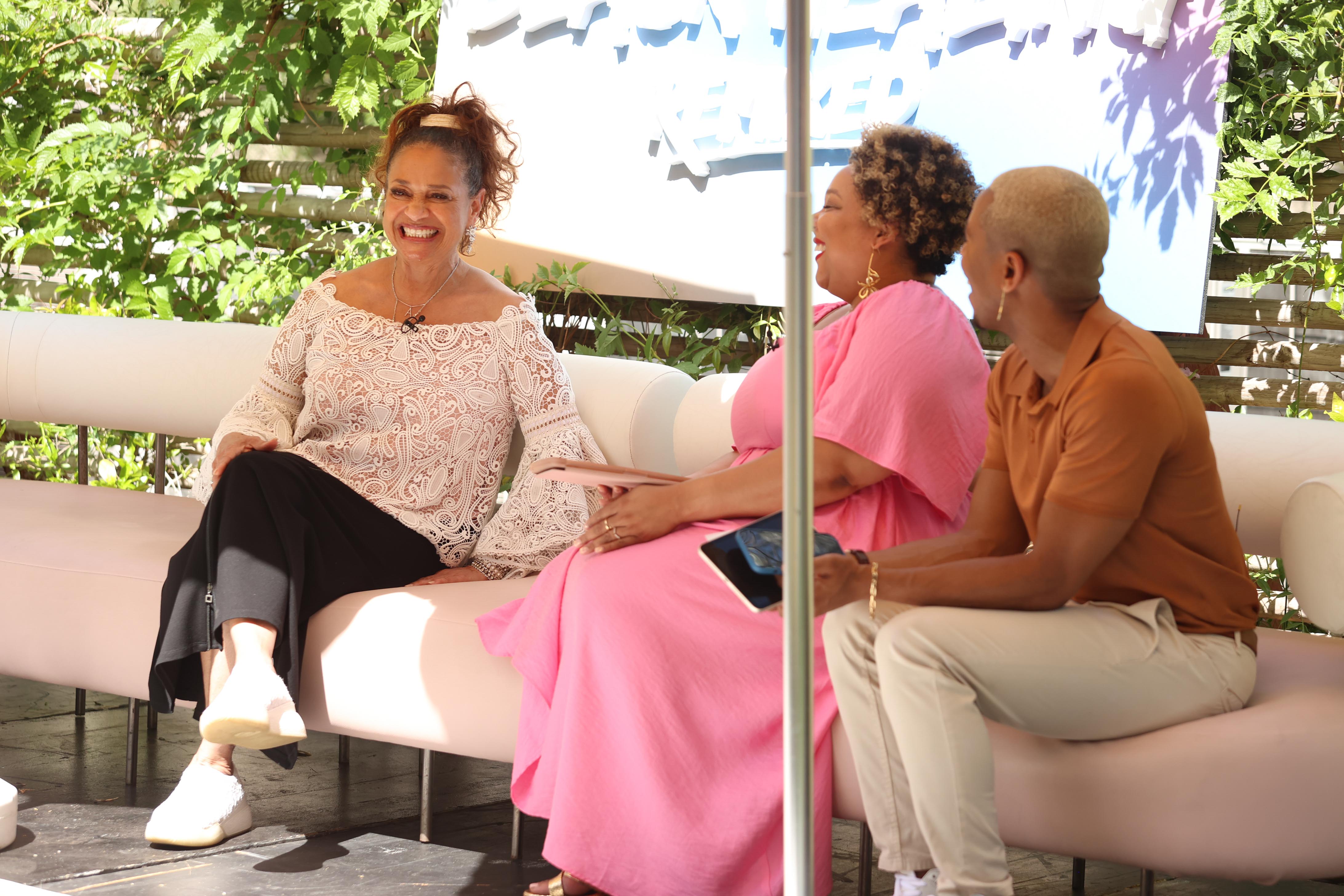 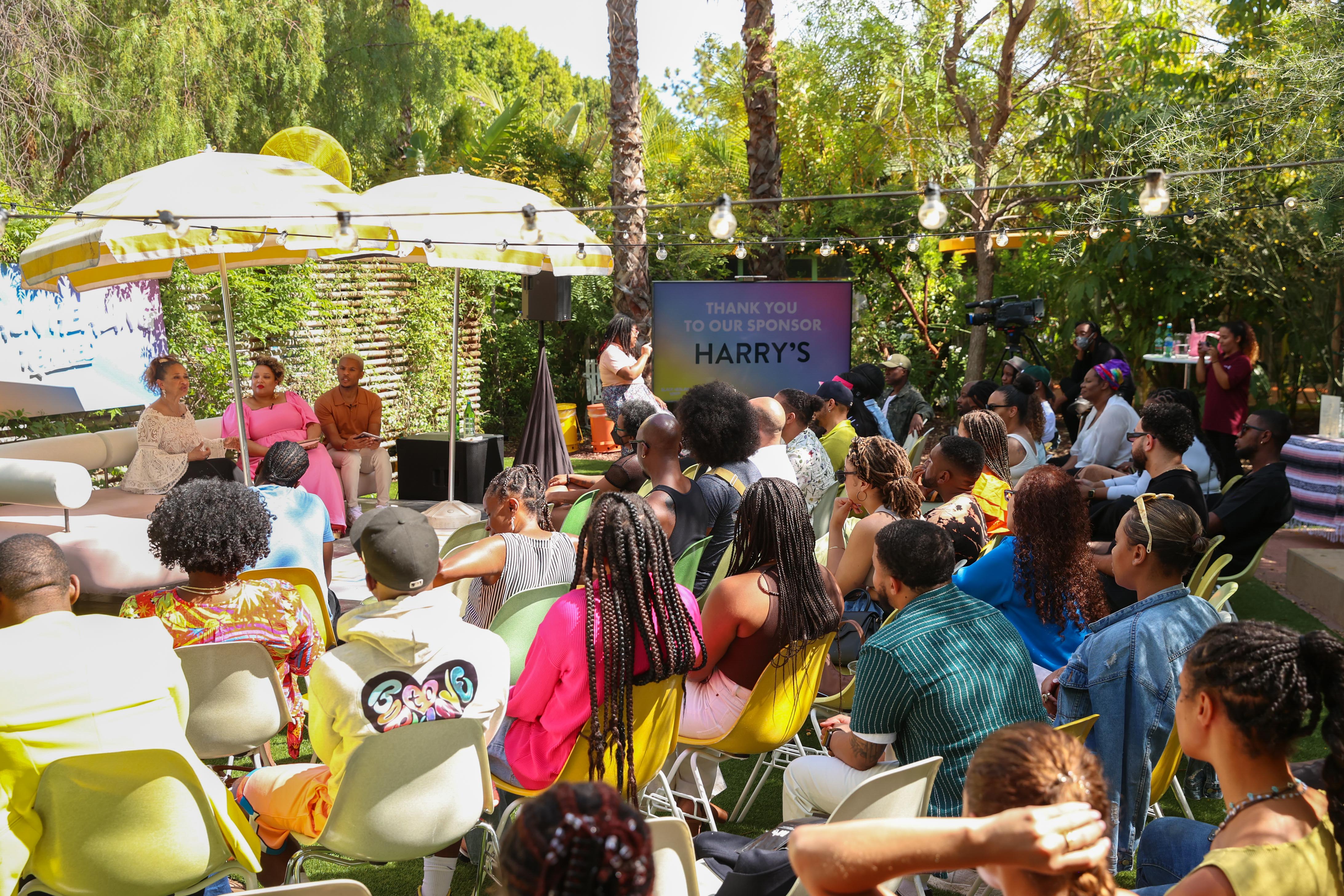 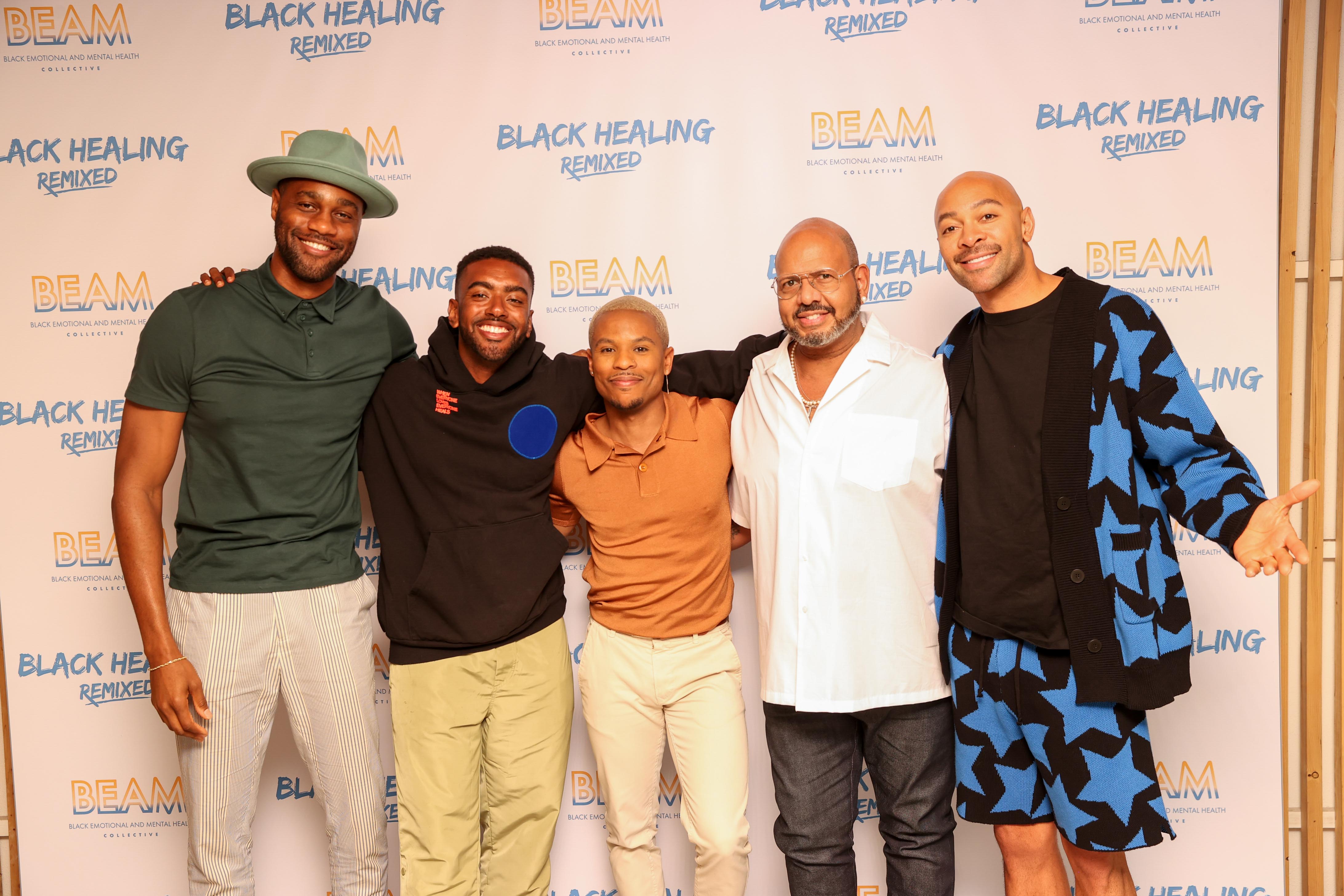 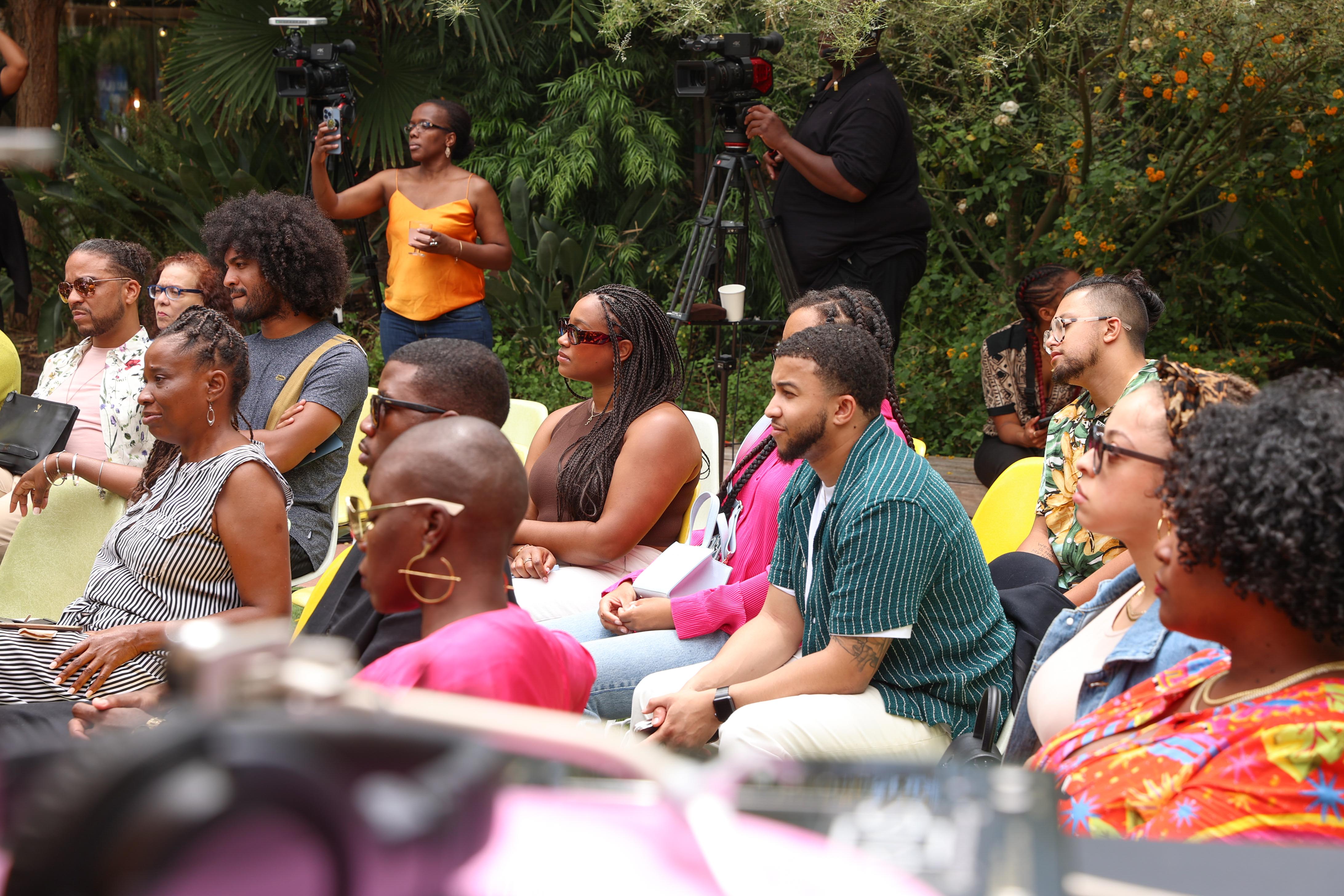 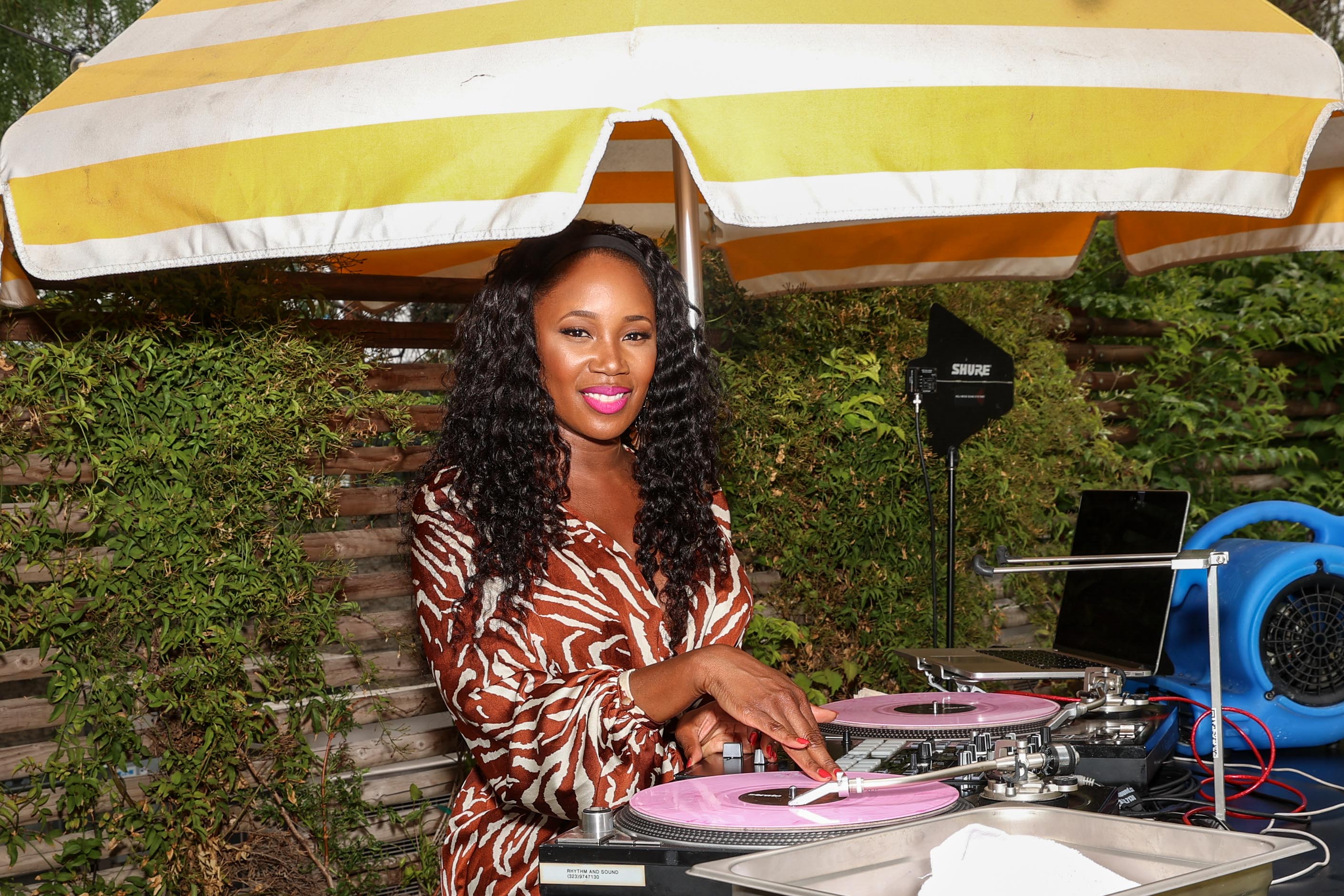